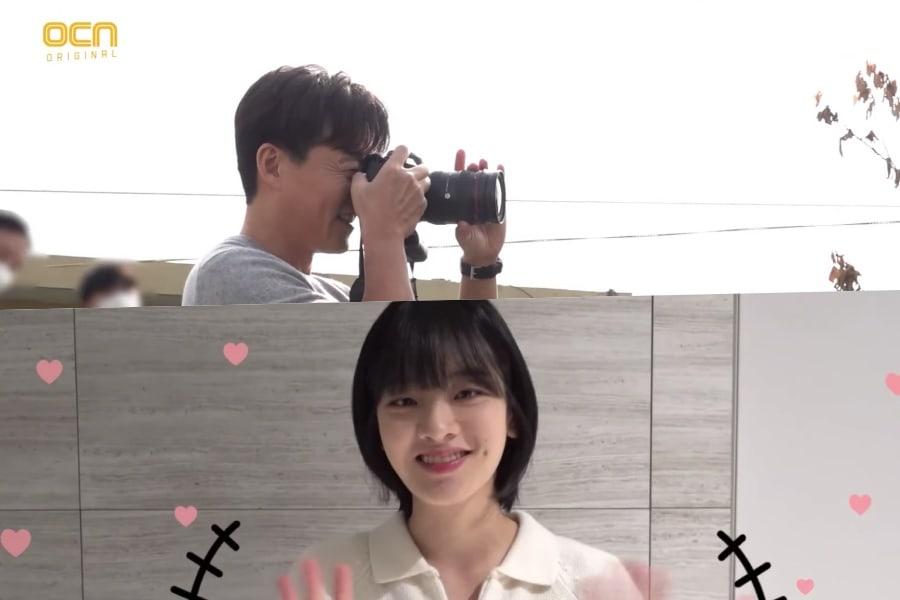 OCN took a look behind the scenes of the first filming of “Times”!

In the behind-the-scenes clip, Lee Seo Jin, Lee Joo Young, and Kim Young Chul introduce their characters as they first start filming. Lee Seo Jin shows impressive acting skills while playing a reporter looking for clues but ends up needing help from production staff to operate a professional camera. He later jokes with supporting cast by announcing lines in the middle of other lines and ditching them during rehearsal.

Lee Joo Young talks about first working with Moon Jung Hee and Yoo Sung Joo, and how they looked after her on set to make sure she sits down between takes. She adds, “Seo Jung In doesn’t believe her father is dead and stops crying at his funeral. It wasn’t easy to start with such an emotional scene on the first shoot, but I did my best. “

Kim Young Chul starts explaining what he’s filming but is censored by the production staff due to possible spoilers. He concludes: “There is a secret hidden there. If you are curious, please check out the drama. “Later he says:” As with any project, the first film is always the most difficult. After about four or five episodes, you assimilate into your character and things flow more naturally. However, our first filming is going well. “

Check out the clip below!

Check out Kim Young Chul in My Dad Is Strange!

UX and Net Design Predictions for 2021