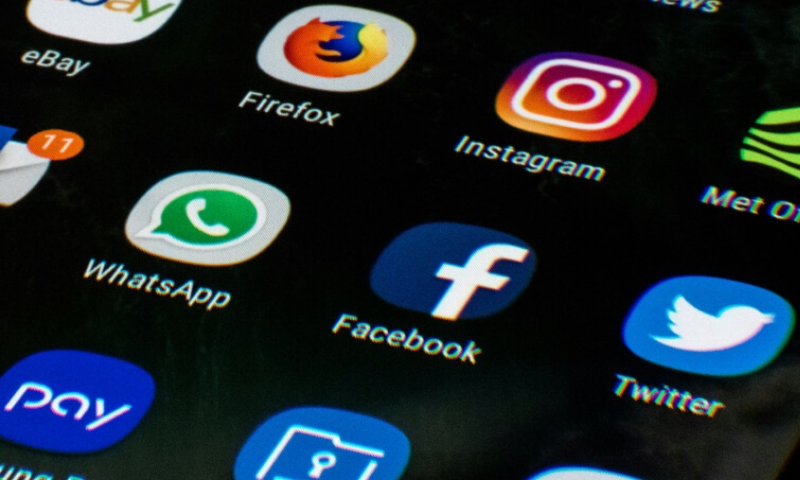 Social media use is growing exponentially around the world and Pakistan is no exception. In Pakistan, the requirements for using social media are almost perfect. About 65 percent of our population are younger than 35 years and 50 percent are younger than 22 years. This means a tech-savvy, app-driven youth cohort whose main medium for dealing with the world is an app.

Combine this with Teledensity and Global Positioning System (GPS) coverage. It is estimated that Pakistan has 169 million subscribers, of which 87 million are smartphone users. With the recent introduction of smartphones specifically designed for the masses, smartphones with long-life batteries, all popular applications, and the phone that is provided free of charge when the customer agrees to a 12-month post-paid contract this expects that smartphones will be 80 pieces on the market within 3 years.

A user can access apps by owning a smartphone. YouTube is the market leader with 44 million monthly active users (MAU), closely followed by Facebook with 36 million MAU and TikTok with 24 million MAU. The number then drops to 6 million for Instagram and 4 million for Twitter. LinkedIn has 6 million users in Pakistan. Local apps are also showing scalability and some have the potential to become super apps. As these apps scale, they also become potential media for social media marketing.

In reality, Pakistan does not have a significant marketing industry. In a country of 220 million people, spending is estimated at $ 700 million. That number has decreased over the past three years. If we keep peeling the onion, the split between conventional media (television, print, radio, and outdoor hoarding) and social media is 72:28 in favor of conventional media. On the conventional side, television dominates the segment that accounts for 70 percent of spending. On the social media side, Facebook and Google own 80 percent of the spending.

Marketers believe that with the exponential growth of the key components of social media, smartphones, teledensity, smartphone prices, and GPS coverage, social marketing spending will overtake traditional marketing spending with an increase in cake size within three years. The reason for this is that social media marketing offers big data-driven analytics tools that advertisers can use to better identify their target audience. You can curate your expenses, making marketing far more effective than traditional media.

The effectiveness of social media marketing can be illustrated by analyzing the TikTok experience. TikTok is a social media app that any user can use to upload a 15 second video. It currently has 800 million users worldwide and is a Chinese owned company. In Pakistan, although it is represented in all socio-economic groups, it is stronger in the lower socio-economic groups. A TikTok user typically spends 47 minutes a day using the app and is split equally by gender and country / city.

Advertisers around the world have noticed the immense growth in daily and monthly active users of TikTok, especially since the Covid-19 bans began. In Pakistan, the number of downloads and increasing daily use of the app is a very attractive platform for Pakistani advertisers. More recently, a Pakistani student, Janat Mirza, who is currently studying in Japan, became the first Pakistani to receive 10 million followers, which resulted in a lot of coverage across Pakistan and also in international media. Chaudhary Zulqarnain Sikandar follows closely behind her over 9 million people.

As the social media juggernaut continues to grow exponentially, people have started creating their own content. The more interesting content creators get followers, and some of them have become “influencers” over time. Given our population’s median age of 22, they don’t necessarily see or read conventional media, nor do they always relate to the celebrities used to advertise products. Your heroes and heroines exist in the world of social media. They seem to have confidence in what their social media influencers have to say about a brand, especially if the influencer is from their own social class. Influencer marketing has become so popular that a recently founded company with over 40 brands was able to bring over 300 influencers on board within three months.

The ingredients for social media marketing are perfectly coordinated. As more and more people switch to social media providers for entertainment and information purposes, this medium will overtake conventional media in terms of viewership. The feed point is in sight. This, in turn, will result in social media spending being high first, then equal, and eventually overtaking traditional media spending.

The author is a technology entrepreneur

Published in Dawn, The Business and Finance Weekly, November 2, 2020